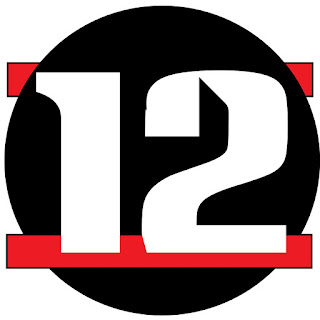 Today is this blog's 12th anniversary!

I really don't have an accurate number of postings because we've switched platforms a few times.  If I had to guess, I'd say it's more than 4,000.

In the past, I've told the blog genesis story, and I've re-posted the very first entry.

Let's do something else this year.

Has there been a favorite blog post?  One jumps out.  I took apart my alma mater, Marywood, for the way it treats some graduates.  It was a nice mix of fact and emotion.  I know it was circulated in Marywood's offices, and that was the icing on the cake.  There was a spike in page visits.  I won't tell you what was whispered in my ear when I stopped by that year's Christmas tree lighting.  Unfortunately, the blog didn't change a thing.  The self destructive behavior continues.  There is no effort to reach out to graduates who have drifted away.  At least, it was read, and I see a victory in that.  You can Google it.  It ran December 2, 1981.  Marywood experienced a change in upper management earlier this year.  One hopes for change, but a lot of its continuing mistakes are part of the culture.  It will be nearly impossible to turn around.

In a strange way, I enjoyed writing some of the obituaries that have appeared here.  There were some people you really needed to know. I gave it to you straight, warts and all.  The funny thing is the warts are what make people interesting, special, memorable.  We all have them, and a wart or two isn't really a bad thing.

Have I been tough on some people?  Yes.  There were some "Kids for Cash" blog entries.  I wasn't tough enough.  It's bad enough that families were deprived of their constitutional rights.  Some elected and appointed officials turned a blind eye to the problem.  Maybe they were just incompetent.  They should be held to account.  I don't know how they can show their faces in public.

Penn State got a lot of space here.  There is considerable evidence to indicate the powers that be (or were) had knowledge of what was going on.  It made me sad.  It made me even angrier.

Memorable photo?  Nothing heads to the head of the pack.  While I do favor landscapes, trains, bridges and rivers, some of the historical moments take front and center.  Those include motorcycle runs, flooding, snow storms, etc.

Clearly, some days are better than others.  Hey, they can't all be gems.  I'm just surprised that I actually come up with a thought or two every day, along with the occasionally interesting photograph.