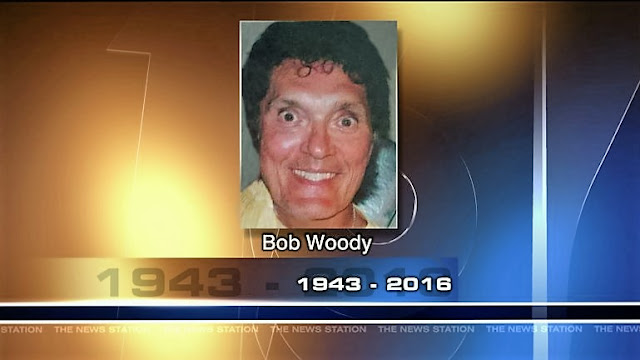 This is another one of those entries I should have posted days ago, but with the election and other things, I was sidetracked.

I'll repeat a line I used on Newswatch 16 Saturday Morning:  When the history of local radio is written, there has to be a Bob Woody chapter.

There was a stop at WBAX, which I don't remember.  AM 1240 didn't come in well where I lived.  I vividly remember his work at WILK in the late 70's.  Back then, it was the "New 98, "and he had the station sounding great.  I don't think it was ever better, before or after.

I also remember his work at WSCR, and some things there defied analysis.  For some reason, management jettisoned the legendary call letters, in favor of a generic WBQW, or "13Q."  From what I understand, Woody wanted to remove the "Scranton station" stigma and go for a regional approach.  Well, there were some problems with that.  First, he didn't have the staff and the money to cover the region.  The big reason it didn't work was AM 1320 didn't have the signal strength to cover the region.  It was a good Scranton station, and they should have been happy with that.

The 13Q thing showed Woody thought big, and that was to be admired.

After his radio days, Woody started "The Ad Agency."  He brought his creativity to the commercial world.  In that period, Woody attempted to get something called the "Twin Valleys" off the ground.  It was an effort to tear down the imaginary wall at Avoca, and get the Scranton and Wilkes-Barre areas thinking and acting as one.  It was a great idea.  It didn't work.  I've heard the stories.  I wasn't directly involved, so I'll keep my mouth shut.

If memory serves, there was a brief involvement with WKQV FM.   I think it was on 95.7.  It didn't lost long, and that's probably why I can't remember much about it.

You can't forget Woody's time at WNEP, hosting the teen dance show "Komotion" and the Saturday evening 3 Stooges show.  He was comfortable in front of a microphone and the camera.

I met Bob Woody a few times.  It was nothing really memorable.  I'm sure he felt the same way about me.

Woody had a reputation for being difficult to handle and deal with.  Again, I've heard the stories.  I have no direct knowledge.

You can't overlook the talent and personality.  You certainly knew Bob Woody was around.