Andy's Angles: A Little Christmas, and a Big Christmas 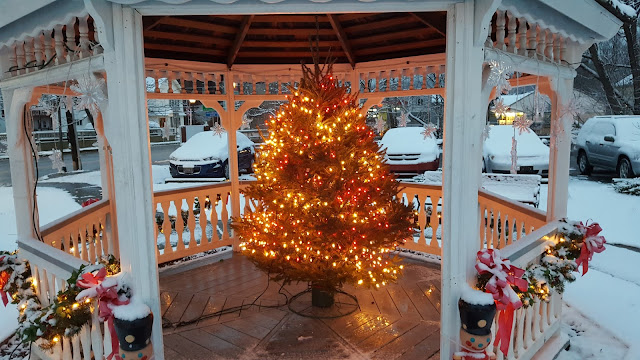 This tree in a pavilion, in a park, next to a senior citizens' high rise in Carbondale isn't massive.  It doesn't have to be.  It's the perfect touch to brighten up a heavily traveled corner.  Some new snow added to the atmosphere.

The big displays usually get most of the attention, but if you open your eyes and take a little time, you can find so many special things at this time of year.

Sorry for the schmaltz, but it's Christmas! 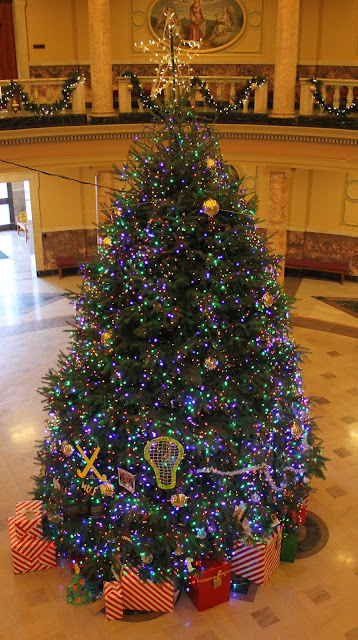 Marywood University held its annual Christmas tree lighting December 7th.  Another commitment kept me away, but I dropped by the other day to take a look, and take a few pictures.

Christmas spirit eludes me most years.  Dropping by my alma mater infuses some pleasantries, and I really missed it this year.

Back in my day, we used to decorate a tree outside, sing a few carols and be done with it.  The rotunda tree tradition began in 1982, which would have been half way through my senior year.  By then, I wasn't around campus much.  A big course load my first two years, plus taking courses every summer meant an easy senior year.  I didn't attend an indoor tree lighting until many years after I graduated.

I really do like how Marywood never lights the tree until after Thanksgiving.  On the other hand, once the tree is lit, it's a few days of finals and everyone heads for the exits.  There really isn't a lot of time to enjoy the sights.

The campus was deserted during my visit last week.  Finals had just ended.  Not a creature was stirring.  It reminded my of Christmas breaks during years past.  A bunch of us townies kept the radio station on the air until the dorm girls returned and the new semester began.  Now, they just flip a switch and walk away for a month. 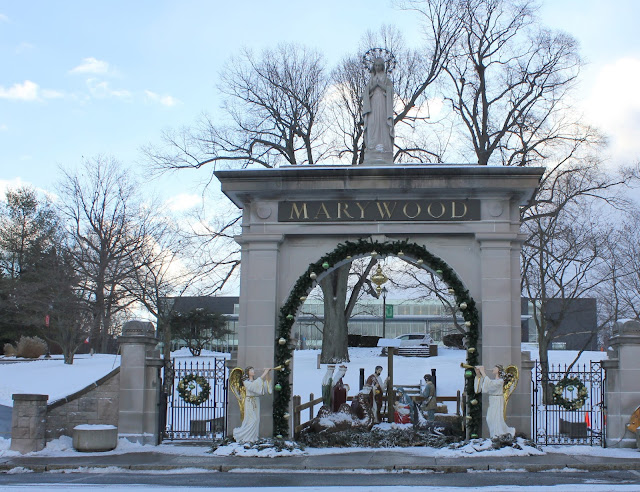 Above is something that didn't happen during my time here.  The arch is decorated, including a nativity scene.  It's a really nice touch.  I cropped out the construction equipment on the right.    The scene adds to the campus, and it's almost like a gift to Marywood's Green Ridge neighborhood.