Like most things in the news business, it started with a phone call.  Actually, it was a text.  It came from the boss just before I finished Newswatch 16 Sunday Morning.  He asked if I wanted a hotel room Sunday night/Monday morning so I wouldn't have to worry about driving to work.  I declined.  I don't live far from the office.  I have all wheel drive and new tires.  Driving was a breeze.  I took my time and even stopped at an all night drug store because they had soda on sale.

I should back up a bit.  When Noreen Clark had snow and ice, especially ice, in the forecast, I knew I'd be along a road somewhere. 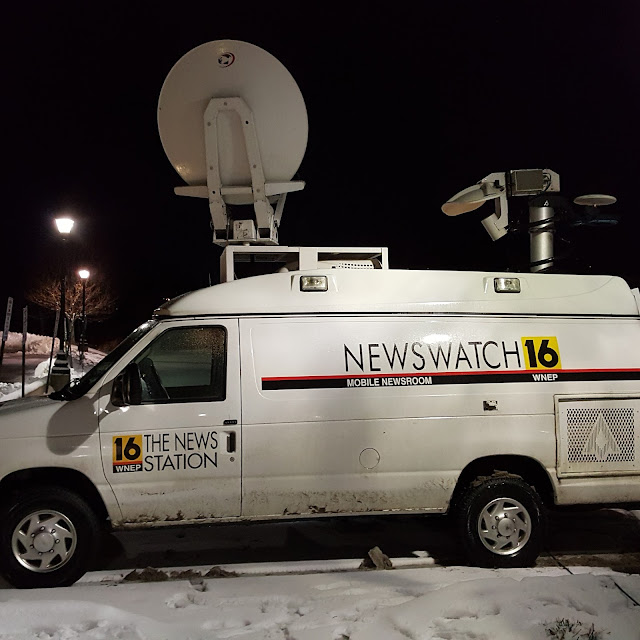 I got to work at my usual time, and conferred with producer Kim, who had earlier conferred with Tom Clark.  The subject was areas that would get the worst of the storm.  We settled on Tunkhannock, and we really got lucky with that one. 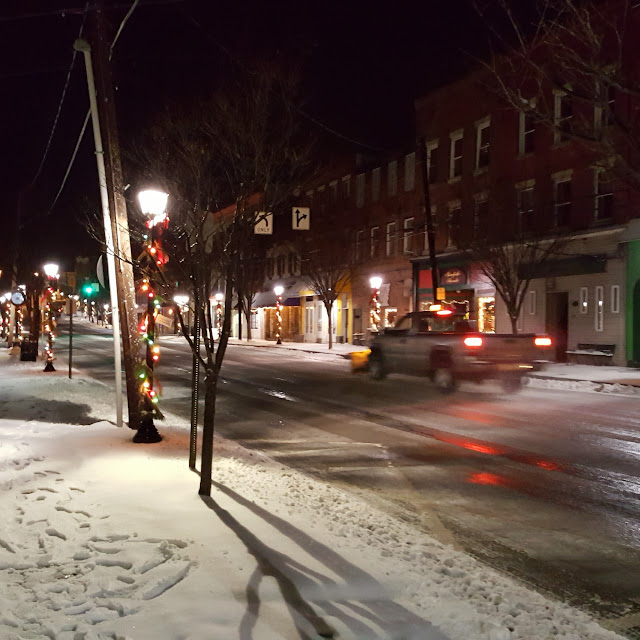 Tunkhannock didn't get snowed in or crippled with ice, but the pictures were outstanding.  A small town Christmas.  I don't get gushy over a lot of things, but it was really beautiful, and the snow added to the images.

We did five live reports during Newswatch 16 This Morning, and sent some video back for use during the Good Morning America updates.

We sort of shift gears after the news end.  It's always a start of pictures and current conditions, and a transition into people's stories for later broadcasts.  We found some good ones, and it was a trip back to the office for writing and editing.

Tunkhannock, you have a pretty town.  Thank you for the hospitality.  Glad we all made it through the snow OK.
AT 12:00 AM