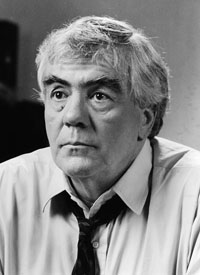 As someone who makes his living behind a keyboard, I always admired Jimmy Breslin.

Backing up for a moment, I never aspired to be a newspaper reporter, but I have great respect for the profession.  It was always a treat when the morning and afternoon newspapers arrived on the front porch when I was a kid-- and the out of town papers on Sunday.  It was extra special when the NY Daily News and the NY Post started becoming available around here on weekdays.

My early radio days were spent watching, in awe,  the competition among the two Scranton newspapers and the two Wilkes-Barre papers.  We were so lucky around here to have real competition, and the readers benefited.  There were some gifted writers back in the day.

Jimmy Breslin worked for a few different papers in New York, and he was the total package.  Blunt, yet poetic.  His column on JFK's grave digger, the last man to serve the 35th president is viewed as a masterpiece.  Breslin was connected.  He had sources.  Breslin also had that elusive "everyman" quality, and that encouraged people to open up.  His editors knew he could sell papers (something very few columnists can do), and he had the freedom.

If there is one knock, it is that Jimmy Breslin became celebrity journalist, and was often bigger than the stories he covered.  I'm not sure if anyone is at fault.  Sometimes, that's just the way it happens, but there was a wee bit of the despised "It's all about me" in there.