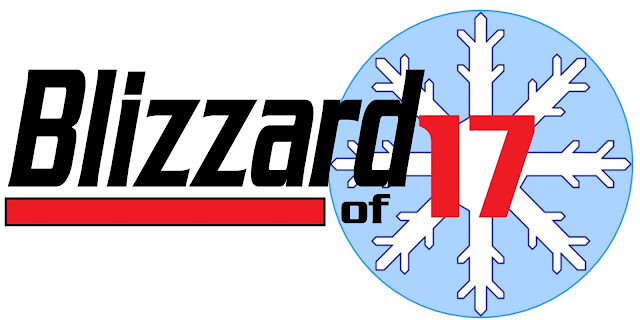 Adversity often brings out the best in people.  As I noted yesterday, our live van repeatedly got stuck in the deep snow, and there was always someone there to help us out.  Thanks again.  We weren't the only ones.  People helping stranded drives was a scene I saw over and over again.

After a snow event, its traditional to beat up on road crews.  I'm not going to do that here.  The snow was falling fast and furious.  There was no way to keep up with it.  Road crews couldn't thrown down salt and anti skid material at the beginning because it would just get buried under more new snow.  Was there room for improvement?  Most certainly.  Interstate on and off ramps were lousy.  I understand they were concentrating on the main traveling lanes, but cars and trucks had to exit and enter, too.

I think a key to this is getting cars and trucks off the roads.  The state has to pull the trigger on more severe trucking restrictions.  Some of that was done early, before the storm started.  The ban should have been more severe.  There isn't much you can do about cars.  I suspect part of that was business that chose to remain open.  I know you need some essentials in a storm, like drug stores and gas stations.  Of course, there are hospitals, law enforcement, and other emergency services.  As for the rest, one day off in a major emergency wouldn't hurt.

I did enjoy the Newswatch 16 story on the pre blizzard beer rush at distributors.

I had my first experience with the Hampton Inn, next to the station, in Moosic.  I slept poorly, but I always do in hotel rooms.  It wasn't their fault.  Clean place, great staff, good breakfast.  And, having said that, I hope I never stay there, ever again!
AT 12:00 AM