The Needle and the Damage Done 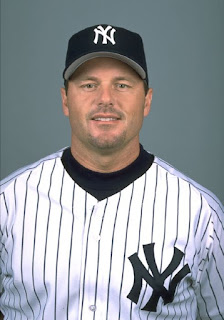 I couldn't believe what I was reading, and it seems like I'm using the phrase "Are you kidding me!?" far too often.

The Scranton Wilkes-Barre Railriders plan to erect a seven foot statue of Roger Clemens at the ballpark in Moosic.  There will be a Roger Clemens night, complete with free bobbleheads to the fans.

It bears repeating.  Are you kidding me?

Clemens pitched here.  Once.  That's it.  Once.  One and done.  Six innings.  Granted, he did draw the largest crowd in the remodeled stadium's short history.

Roger Clemens was a great pitcher.  354 wins.  He is third in all time strike outs.

While Clemens never  failed a drug test, he remains under the performance enhancing drug cloud.  He's not in the Hall of Fame.  It might never happen.  I'd certainly vote "no."  Without a doubt.

Clemens was named in the Mitchell Report as a steroid user.  His former trainer ratted him out.  That former trainer may or may not be reliable.  Clemens was tried for perjury and lying to congress.  The first trial ended in a mistrial.  He was acquitted in the second.

The Scranton Wilkes-Barre Railriders are now a private entity.  Lackawanna County sold control years ago.  The new owners can do as they please.  I can't help but question the thought process that went into the Clemens statue.