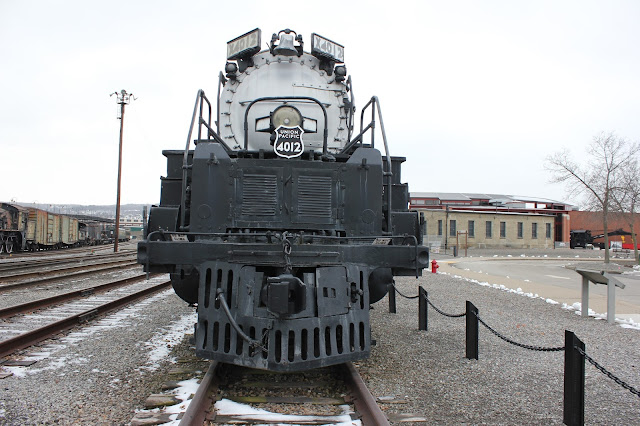 Many years ago, I worked at a radio station with excellent ratings.  When the latest batch would come in, showing us dominating the rest of the market, one of the jocks would always say "Could you imagine what would happen if we did it right?"  The implication was that even a flawed radio station was drawing a good audience.  Getting rid of the flaws would have resulted in a phenomenal audience share.

I thought of those radio episodes when a saw a recent news release from the National Park Service.  It showed Steamtown's 2016 attendance was up 11.2 % from the year before.  Nearly 100,000 people came to Steamtown in 2016.

Could you imagine if they did it right?

First, the entrance is nearly impossible to find-- and it's gotten even worse since a new bus station was built at Lackawanna Avenue and Cliff Street.

Second, Steamtown doesn't change much.  There are occasional new displays, and the yearly RailFest.  Other than that, Steamtown in January still looks like Steamtown in July, minus the snow.

Third, Steamtown really doesn't seem to have integrated itself into the community.  Yes, there is some involvement in Scranton projects.  It's not enough.  Its semi secluded location has a lot to do with that.

Steamtown is a federal government entity, so it has a ready stream of revenue.  There's no major need to compete for the tourist dollar.  In a way, that's a good thing.  That's stability.  On the other hand, it encourages complacency.  Why go the extra mile?  We get money from the government.

I know there are other priorities.  However, could you imagine the people who would flock here if Steamtown did it right?
AT 12:00 AM