Andy's Angles: Will the Last One Out... 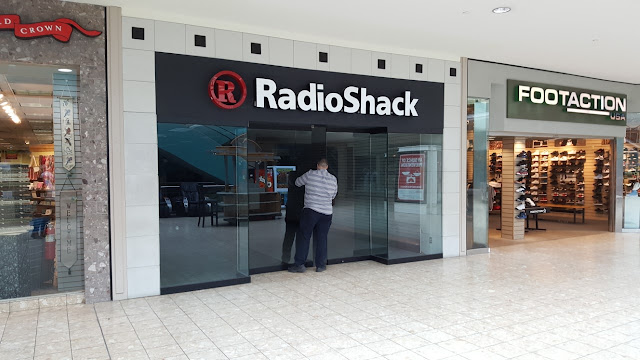 This one was going regardless of what's happening in downtown Scranton.

Radio Shack's parent company struggled and the chain failed.  It was a long, slow march to irrelevance.  The stores were too small, too expensive, and other chains simply did it better.  Toward the end, Radio Shack didn't know what to be.  It turned out to be a phone and battery store.  Again, others did it better, and the internet did it faster.

Still, the demise makes me sad.  I used to love exploring Radio Shack.  There was always something neat to look at, things you couldn't find any place else.  The catalog's yearly arrival was an event.

Everything has a shelf life-- a beginning, a middle and sadly, an end.  Radio Shack used to be fun.  Now, it's just one more retail memory.
AT 12:00 AM