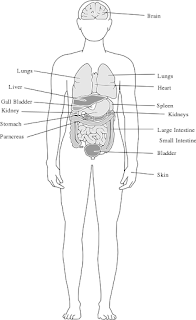 As I pondered what words to use in this blog entry, I am reminded of a social sciences professor back at Marywood.  After reading a paper I wrote for her class, she suggested I dump my Radio/TV major to join her department.  I respectfully and politely declined, but I was exceptionally flattered.

The other night, WNEP 2 aired a Johnny Carson show from May of 1980.  It was at the start of the Carter/Reagan race for the White House.  The primary season was coming to an end.  About a year prior, Jimmy Carter gave a speech about the energy crisis, the economy and unemployment.  he used the following words, in what later became known as the "malaise" speech.

The threat is nearly invisible in ordinary ways. It is a crisis of confidence. It is a crisis that strikes at the very heart and soul and spirit of our national will. We can see this crisis in the growing doubt about the meaning of our own lives and in the loss of a unity of purpose for our nation.


In other words, Carter blamed Americans for their own problems, and we, as a country, didn't like that.  Carter's approval ratings were already weak.  The whole episode ended with Carter's crushing defeat in the November 1980 election.
Here's what triggered that memory.  Former Vice president Joe Biden gave the commencement address at Cornell University in Ithaca May 27.  Of course, the Trump/Clinton presidential election was one of Biden's topics.  The Scranton native said the following to the graduates.

Some communities are struggling to get by and they are worried they won't be able to keep up, and we saw how playing to their fears rather than their hopes, rather than their better angles, can be a powerful political tool. As I've said several times in this commencement season, this election cycle churned up some of the ugliest realities that still remain in our country. Civilized discourse and real debate gave way to the coarsest rhetoric, stroking our darkest emotions.


Biden appeared to be blaming Americans for the choice they made.  Nowhere did Biden mention that his party nominated a candidate who had been investigated for sloppy handling of national secrets, and who insulted half of the people in the country by declaring Trump supporters a "basket of deplorables."

It's human nature to play "The Blame Game."  Carter refused to say it was his leadership and policies that caused America's mess of the late 70's.

I doubt you'll ever hear Joe Biden say Democrats nominated a bad candidate who ran a bad campaign.  That's OK.  Ronald Reagan had an 11th Commandment:  "Thou shalt not speak ill of a fellow Republican."
Party is irrelevant.  Democrats and Republicans do it. I don't remember Mitt Romney really owning that "47 per cent who pay no income tax will support the president" line during the 2012 campaign.   Heck, everyone does it.

Taking responsibility for a mistake isn't easy, but it seems to be the quickest path to recovery.