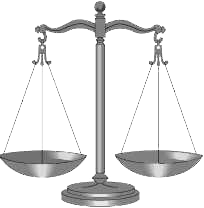 My job is not to second guess juries, but I've been reading and hearing a lot about the jury's decision in the Jessie Con-ui case in federal court at Scranton.  Con-ui murdered a correctional officer four years ago.  There is no question.  There is video to prove it.  The defense did not contest that part of the trial.

The defense did put its muscle into the penalty phase, and an effort to keep the killer from getting the death penalty.  It worked.  A juror told us it was 11 to 1 for death, but the decision has to be unanimous.  Con-ui gets life in prison.  He was already serving a life sentence for a murder in Arizona.

Never forget, it's a court of law.  It's not a court of justice.  Big difference.

Governor Wolf recently signed a law stiffening the penalties for animal abuse.  Bravo!  An animal welfare worker told me years ago that there are some people out there who view animals as disposable.  They are not.  That thinking has to change.  It seems like the new law doesn't go far enough.

Governor Wolf made a big deal about signing the animal abuse law.  Another law was signed quietly and behind closed doors.  It deals with police body cameras.  The law makes it exceptionally difficult for the public to get a look.  The burden has shifted from the police to the public.  According to the American Civil Liberties Union:  "Now, the requester has to justify why it should be a public record as opposed to the burden being on an agency to explain why it is not."

Yes, not everything should be public record, especially if it would jeopardize an investigation or put officers at risk.  This is all about accountability and keeping everyone honest.  The Pennsylvania Supreme Court recently ruled you have the right to see body cameras.  The new law essentially reverses the court decision.

As I've said here many times before, bad things happen in the dark.

Remember, Pennsylvania is the state where many counties ban cameras in polling places.  Iraq doesn't even do that.
AT 12:00 AM