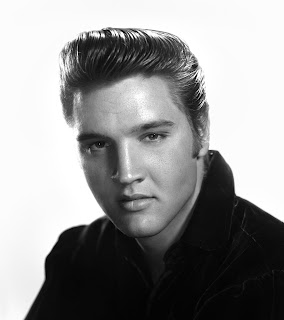 Elvis was never my thing, but I do respect his popularity and his ability to draw a crowd.

I remember hearing about the death from my brother.  I was in the living room, watching a Hogan's Heroes rerun.  It wqas between 5:30 and 6:00 PM.  My brother was apparently watching something else in his bedroom.  He emerged with the news that Elvis had died.

The people who run Elvis' home, Graceland, have started charging $30 for the right to file past the grave.  You do get some other considerations for the admission price.

I'm reminded of one thing, and it came from the great Johnny Carson:  "If life was fair, Elvis would be alive and all the impersonators would be dead."