It Gets My Goat 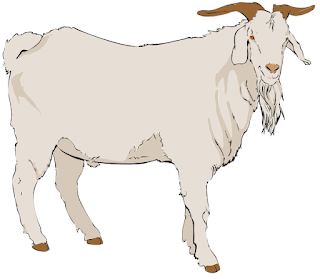 I haven't written one of these things in a while.  Something is bugging me, and I have to write about it.

Several days ago, I was driving the stretch of Olyphant Avenue in Scranton that runs from Green Ridge to the Throop line.  There was a cluster of five deer standing along the road.  Beautiful animals.  I slowed to take a look, and to be sure they don't run out in front of my car.  They didn't.

A couple of days later, just before 2:00 AM, I was getting in my car to go to the gym, and I heard three shots ring out.  I got sick to my stomach.  I detoured down that way to see if any cars were parked in the area, to see if anyone was dragging carcasses around, spotlights.  Nothing.

If you're not familiar with the spot, it is within city limits, with several houses and an interstate highway in the area.  Penn State and Marywood University are close by.  Firing a gun there, especially at 2:00 AM can't be safe.

I've driven through the area several times since I heard those shots.  No deer.  To the "sportsman" who bagged them, I hope you're happy.
AT 12:00 AM