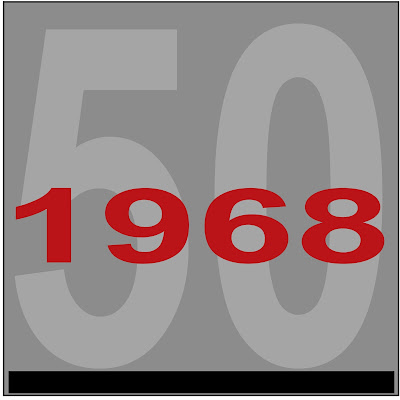 Today is the 50th anniversary of the assassination of Dr. Martin Luther King.  For me, it was not a "where were you when..." event.  I was six years old, and I don't remember it.

Here is what I do remember about that week.  At my home, it was a ritual.  CBS Evening News with Walter Cronkite at 6:30 PM.  WDAU News at 7.  Every night.  No exception.  In the morning, it was the CBS Morning News at 7, and Captain Kangaroo at 8.  Why?  Quality programs, and the other stations didn't come in well.

Back to the point...  I don't remember actual coverage of the King murder, but I do remember, vividly, watching the riots that followed.  Cities were on fire.  Back then, my family had several relatives in Bridgeport, Connecticut and surrounding areas.  While it has made significant progress, Bridgeport was a rough town back them, and my family was worried.

As those black and white images flickered on the screen, I wondered what made people so angry, and why they would burn their own cities, their own homes.  Race relations, inequality, and the loss of a hero are tough concepts for a six year old grasp.  My parents tried to explain.  So did Cronkite.  It was frightening.  It still is.  50 years have passed.  It still hurts to watch that film  It also hurts to realize that, in some areas, we haven't made a lot of progress in the last fifty years.

There will be a few other "50 year" blog entries in the days and the weeks to come.  I decided to make a logo.  As always, my goal is to keep it simple.  The memories are not happy ones, so I chose grey tones, black, and a bold 1968, because it really is a year that shaped American culture.
AT 12:00 AM