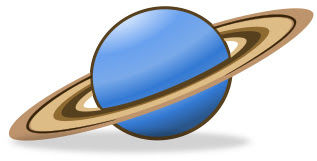 It was odd that I was tweaking my Art Bell blog entry as Ray Bradbury was on an old Johnny Carson, playing on WNEP2.

I like science.  Always have.  As I've noted here before, being a kid in the late 60's and early 70's was great.  We were going to the moon and exploring space.  There was a new technological advance just about every day.

However, I was never interested in science fiction.  Star Trek and Star Wars bore me.  Fans will counter that both series are rich in characters.  The "space" thing is almost secondary.

Do I think there is life on other planets?  Yes.  Look up at night, especially if you can get out of the cities.  All those stars.  All those planets.  Odds are, there is something out there, even if it is microscopic.

Do I believe in UFO's?  No.  I can list one thousand reasons.

What about conspiracy theories?  Being a professional skeptic, I do think there are many areas in which the government has withheld information, on a variety of topics.

Science fiction might only be a matter of dreaming what is someday possible, and I see a great need for that.  Dreams can come true.
AT 12:00 AM