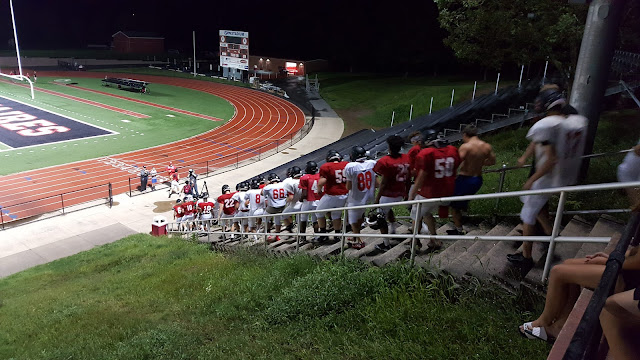 I just have to take another look at this one, mainly because I let some Talkback callers get to me.

To get you up to speed, the Williamsport Area Millionaires held a midnight practice Monday morning, the first possible second the team was allowed to practice in full pads.  Some Talkback callers thought it was absurd.

Yes, the players are kids-- but they're not babies.  Staying up late is nothing new.

A midnight practice was a novelty, and the players appeared to be having a great time.  I didn't hear one complaint from the kids, or the parents and fans in the stands.  Practicing anything can be repetitive and boring.  This was a novelty, and the TV cameras were there.  No one had issues with the publicity.

As much as he said he wasn't sending a message to opponents, I think that's what Charles Crews had in mind when he arranged the midnight practice.  The Millionaires are ready for the new season, and they will fight to improve last year's 7 and 4 record.  There is nothing wrong with that.

As I write this, the Little League World Series is getting underway in South Williamsport.  Organizers take great lengths to make sure the kids are happy, healthy, safe and cared for.  I don't hear anyone complaining about the long and grueling season these tykes endure. 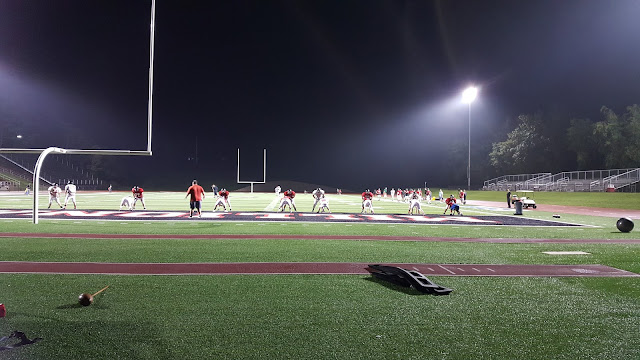 So where do we go from here?  Williamsport Area was one of two school district holding a midnight practice.  West Middlesex in Mercer County was the other.  I can see other school districts doing this, and I also see the PIAA stepping into halt the fun, probably limiting practices to the hours from 7 am to 10 pm, or something like that.
AT 12:00 AM