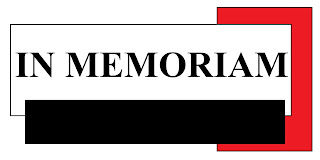 Eight high school kids were killed in a one car crash back in March of 1981.  They were called the "Mid Valley Eight."  I hated that title.  Still do.  It seems so insensitive, like they're a prison chain gang or a group of co defendants in a criminal case, rather than eight teens who died in a drunk driving crash.

It was my high school.  I graduated two years prior, and I will admit to a near zero connection to the school.  At the time, I was a college sophomore.  The Friday night it happened was unforgettable.  A family friend in law enforcement dropped by the house to tell us what had happened.

The crash scene was about a mile away from home.  The tragedy was a block away.  That's where one of the victims lived.  She delivered our afternoon newspaper.  I grew up with her big brother.

I remember going to the viewing at a funeral home in town.  The mother could barely speak, and I get that.  The funeral home was filled with classmates, having trouble dealing with death at such a young age.  Teenagers shouldn't have to experience that.  By the way, it doesn't get any easier as you age.

The wreckage became a tourist attraction.  Cars passed by the tow truck yard on Route 6 in Dickson City.  It was sickening.  The flattened car, thinking about what those kids went through.

There was a move to save the damaged piece of guide rail from the crash scene on Underwood Road.  Thankfully, that idea didn't go anywhere.  Even though signs of the crash were erased long ago, you cannot drive by without thinking of what happened on that Friday night in 1981.

A long lost plaque was dedicated to the victims last week.  Newswatch 16 covered the ceremony, and I'm glad we did.  It's a story that needs to be told.  The plaque is bolted to a boulder outside the school in Throop.  It is a fitting reminder of the lives lost,  and the dangers of drinking and driving.  I hope every student remembers every victim as they pass every day.
AT 12:00 AM