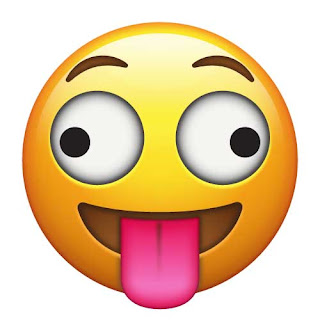 It has been said insanity is doing the same thing over and over again, and expecting a different result.  I actually watched the second episode of the "Murphy Brown" reboot the other day.  Like the first, it was a relentless bashing of one side of the political spectrum.  While I enjoy the scenes with Murphy and her son, I'm done.  I'm out.  It's just not funny.  It seems to have worked for some cable networks, liberal and conservative, but I have to wonder about a business model that involves automatically alienating half of the audience.

Speaking of insanity, a TV news reporter in a small Minnesota town was recently fired for wearing a "Make America Great Again" cap to a Trump rally.  I don't know what kind of employee the reporter was, but if he was a good one, a long suspension would have been a more appropriate punishment.  Be that as it may, in what universe did this reporter think wearing that cap, on the job, was acceptable?  I have a news flash for you.  Every reporter has likes and dislikes when it comes to elected officials and political candidates.  The good ones leave their preferences at home.

How about the insanity of those who believe massive cuts can lead to profitability?  As I type this, Sears/KMart, a company that's closed HUNDREDS of stores, is said to preparing a bankruptcy filing.  The company hasn't made a profit in eight years.

And, one more before I hit "publish" for the day...  The New York Yankees were knocked out of the baseball playoffs Tuesday night.  That means I won't have to listen to John Sterling's obnoxious, un-funny and self aggrandizing home run calls until March.  Sterling is 80.  He's had a great career, and he deserves to orchestrate his own exit.  I hope it's time.
AT 12:00 AM