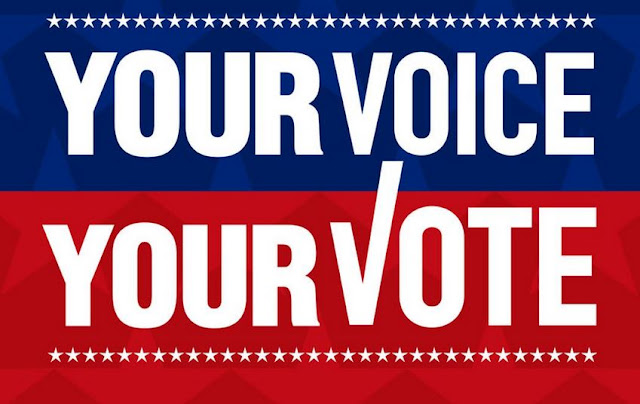 1.  It all comes down to turnout.  Yes, every election does.  It's not just the numbers, it's where those numbers originated.  Conventional wisdom has the cities going Democrat.  Every other place is Republican.

Look for a little analysis in this space tomorrow.  I have my thoughts on what will happen.  I'll tell you whether I was right or wrong.

As I say on every election day, please vote.

I'll see you at the polls.

It was an unusual election day.  I skipped my traditional election morning breakfast of a fast food spicy chicken sandwich.  It was unfrosted strawberry Pop Tarts at the office.

The morning previews went well, and there was a short interview with Rep. Matt Cartwright after he voted in Moosic.

It was a quick breather at the office and then banged out a noon story from a polling place in Scranton.

By the way, I should note that I've seen video from inside polling places in countries with brutal regimes.  Get a camera in some polling places around here?  Forget.  Public places.  Public election.  Public money.  Never lose sight of that.

It was nice to see turnout running high in most places, and people coming out to vite in spite of the rain.

It was home for a quick lunch, some internet duties, and it's almost time for a nap.  I should be up in plenty of time to watch my coworkers report the number and interview the candidates.

Thanks for reading.  Thanks for participating.
AT 12:00 AM