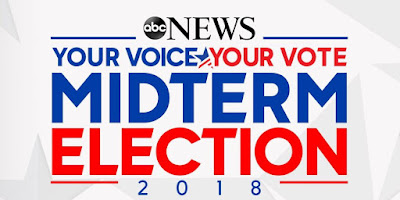 It is late Tuesday night as I write this, so there might be some need for modification as we get in to Wednesday.

Let's start at the top.

Tom Wolf cruises to a win over Scott Wagner in the race for Pennsylvania governor.  This was a major Republican misfire.  Wagner was a difficult candidate-- from grabbing cameras to the "stomp" video.  Plus, Wagner made his money in the trash business, and there are times that can be an unpopular way to amass a fortune.  I never sensed any major love affair between Pennsylvanians and Tom Wolf.  Republicans needed better choices in the primary.

It was an easy win for Democratic Senator Bob Casey over Representative Lou Barletta.  The Barletta campaign never gained traction, and the Casey name still holds a lot of weight here in Pennsylvania.  Republican Barletta barely captured 40 per cent of the vote.  I thought it would be a comfortable night for Casey, but the margin wouldn't be quite as big.

I will admit to a "metro area" bias here, because that's where I live and spend most of my working hours...

Democrat Matt Cartwright cruised to a win over Republican John Chrin.  Once again, I expected a better showing out of Chrin.  Cartwright ran a smart campaign, successfully painting Chrin as a millionaire outsider, who parachuted in to the district just to make a run at congress.

I should add that with Democrats taking control of the house...  Cartwright is on the Appropriations Committee.  Will that translate in to more money for his district?

Dan Meuser was one of the few Republican stars yesterday.  It was an easy win over Denny Wolff in the 9th district.  This is a red district, and Meuser benefits from that, earning a trip to Washington.

Tom Marino is another Republican star, and it was an easy win over Democrat Mark Friedenberg.  Marino received his share of negative press over the past two years.  Clearly, it wasn't a factor.

I'm going to group the PA Senate 22nd district and the PA House 121st into one here.  It's because the unsuccessful Republicans, Frank Scavo and Sue Henry, both campaigned heavily on eliminating property taxes.  Both lost, and it wasn't close.  I think it was more a case of the popularity of John Blake and Eddie Day Pashinski.  Again, neither win surprises me.  I thought Henry would do much better.  I've known Sue for years.  If the Luzerne County Republican party ever really gets organized, she has a bright future.

Some other musings...  I was thrilled at the turnout yesterday, and I look forward to seeing the final numbers.

I am still amazed at the lack of access in many polling places, and I don't know why people stand for it.  You pay for these elections and you should be allowed to see the process.

Nationally, Republicans keep the Senate.  Democrats take the House.  Referendum on President Trump?  Partially.  I still remember the words of former Speaker of the House Tip O'Neill:  "All politics is local."

It was a fascinating night.  And, as always, there are no losers.  Anyone who participates in this bloody, bruising and expensive process is a winner, as far as I'm concerned.
AT 12:00 AM