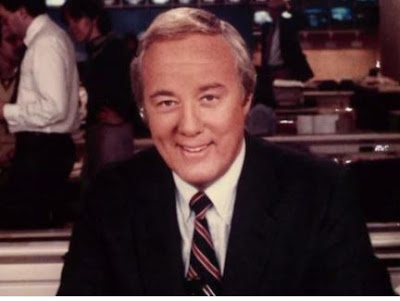 And then, there are the Chevys.  Steady, dependable, the people who are the foundation, the ones who keep the place going day to day, versatile, team players.

Steve Ball was one of ABC's Chevrolets for many years.  He was everywhere-- Europe, Vietnam, New York, the White House.

Bell was the first Good Morning America news anchor in the mid 70's.  David Hartman was the host back then, a guy with zero news credentials.  I should add that it doesn't take a degree to be prepared, curious, and ask intelligent questions.  Anyway, in those early years, when there was a big and important interview, ABC paired Hartman and Bell.  Hartman was the big name.  Bell was there to make sure the right questions were asked and someone with news gravitas was around.  Eventually, David Hartman emerged as a really sharp guy and a good interviewer.  The ratings took off.  It was morning television's most watchable broadcast.  During a cast change, Hartman thanked Bell and referred to him as "my teacher."  In my book, that is an exceptionally high compliment.

After leaving ABC News, Steve Bell was a local anchor in Philadelphia.  It didn't seem right.  Bell then became a college professor, to rave reviews.