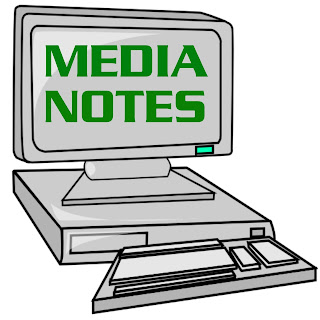 I caught "A Charlie Brown Christmas" twice last month.  It never, ever gets old.

I caught about 30 seconds of "A Christmas Story" last month.  It's old.

I miss the old days, when TV stations were allowed to play "It's a Wonderful Life" for free.  I missed its airings last month.

Year end reviews called Megyn Kelley's problems at NBC a "scandal."  It wasn't a scandal.  She said some unkind and unwise things,  and she was fired.  Plain and simple.  No scandal.

FOX Sports Radio has done some boneheaded things over the years.  It hasn't had a decent morning show since it let Steve Czaban go several years ago.  The network dropped JT The Brick's outstanding evening show a few months ago, replacing it with two guys screaming at each other for three hours.  Unlistenable.  JT and his sidekick, Tomm Looney, an Elmira native and Penn State graduate, are starting a podcast soon.  I'm looking forward to it.

Kendis Gibson left ABC's "World News Now" just before Christmas, and I'm not shedding any tears.  Diane Macedo was featured on some clip reels during Gibson's final show, and I really do miss her.  Janai Norman is a really good replacement.  I don't know if ABC has picked a permanent replacement for Gibson.

I read a great article on the 25th anniversary of FOX grabbing the NFC rights away from CBS.  Fascinating story and it really was a transitional moment in broadcast sports.

Ratings for the Orange and Cotton bowls was down 25 per cent from a year ago.  First, they were blow-outs.  Lousy games.  Second, put them back on New Year's Day.

I miss the old days.  NBC had the Fiesta, Rose and Orange Bowls.  They used NFL announcers, who didn't cover college football, at all, during the regular season.  It showed.

The Sugar Bowl was always an ABC property on New Year's Eve.

How I miss Keith Jackson and Brent Musburger.

I have no desire to pay for, or see anything on Netflix.

I received dozens of Christmas, birthday and new year's greetings via social media this year.  It would have taken hours to respond to each, individually.  Thank you.