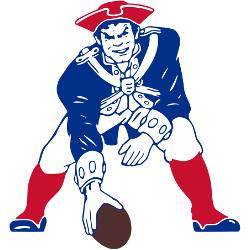 I didn't see the game.  I slept through it.  Although, from what I've been reading and hearing on the radio, the game might have helped me sleep better than Ambien.

I predicted a New England win over the Los Angeles Rams, and the Patriots would cover.  A win for me!

There were 11 post season NFL games.  I nailed 8 of them.  That's a 73 per cent victory rate.  No, I have no plans to visit the sports betting parlor when it opens in Plains Township.

There is one other thing sticking in my craw today.  For two years, I've been hearing and reading about CBS commentator Tony Romo's ability to correctly pick plays.  Some newspaper reporters did an analysis, and Romo is apparently really good at it, better than sixty per cent.  So were Dick Vermeil and John Madden when they became NFL broadcasters.  Here's the issue.  Predicting plays becomes more difficult the longer you are out of the league.  Vermeil and Madden's play predicting ability severely diminished the longer they were off the field and in the booth.  I expect the same to happen to Tony Romo.  He does appear to be an entertaining and enthusiastic chap.  I'll likely catch parts of his performance during replays this week on the NFL Network.

I look forward to the start of the Major League Baseball season.  Pitchers and catchers report to spring training next week.
AT 12:00 AM