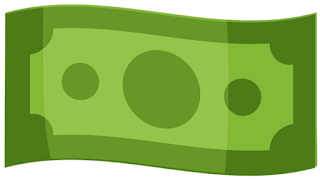 As hard as you try, there are times you just can't avoid it.

I used to cover plenty of high school sports back in the day, and I met some great kids.  It thrilled you when they won.  It broke your heart when they lost.

I watched Newswatch 16's coverage of the Lourdes Regional girls' basketball team last week.  I was extremely disappointed when they lost the state championship game Friday.  They handled that setback with a great deal of dignity and class.

The same goes for the Lady Bucks of Dunmore High School.   I interviewed a couple of players last week, after the semifinal victory in Pottsville.  They were a nice bunch, and I know the older sister of one of the players.

I stayed up well past my bed time Thursday to watch the championship game with Delone Catholic, and I was crushed when Dunmore lost.  I will give the kids tons of credit.  They fell behind early, but they made it close at the end.  They never quit.

There is an old saying in basketball:  "You can't teach height."  I think you can teach class, grace, and dignity.  The Lourdes Regional and Dunmore teams are proof of that.

One final note on the Dunmore telecast...  It was a championship game, but not a championship broadcast.  Frequently out of focus, missed baskets, disappearing graphics, slow score updates, cameras out of position, and the choreographed player introductions seemed to be a major surprise.  It was disappointing, to say the least.
AT 12:00 AM