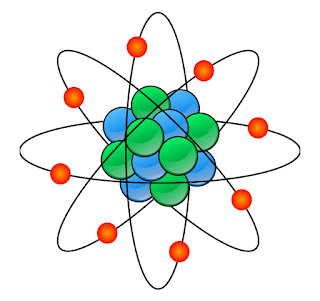 This week marks the 40th anniversary of the accident at Three Mile Island.

I remember it like it was yesterday.  In 1979, we had one of those mini warm spells we often get in late March.  I was a senior in high school.  My best friend, Dave, and I skipped school and spent the batter part of the day taking pictures at Lackawanna State Park.  I was picking up the prints from a Photo Quick booth in Dunmore.  I had just turned my car on to the O'Neill Highway when I heard the first mention of TMI on my car's radio.

To get you up to speed, there was a time when photos were shot on film, and you had to take them to places to get developed.  Photo Quick booths were tiny little buildings in shopping center parking lots.  You would take your film there.  Someone would make a daily pick up at the booth, take the stuff to a developing lab, and you would get it back a couple of days later.

I also remember my history teacher, the next day, telling us plans were being developed to evacuate the city of Harrisburg.  Amazing.

Other memories from that week were Walter Cronkite devoting a huge hunk of time on the "CBS Evening News" to the accident.  Mike Stevens covered the accident for "Newswatch 16."  The station even had a Geiger counter in the backyard at the old building.  It did tick occasionally, but the station calmly explained that it was normal.  There is natural radiation in the environment.

Governor Thornburgh and Lieutenant Governor Scranton were in office only a few months at the time.  Outwardly, they were calm and they really did give you a sense of confidence they would make the right decisions.  But then again, there was no internet at the time, and no one constantly second guessing.  There are so many questions I've always wanted to ask them.

Did we learn a lot about nuclear power?  I certainly hope so.

The system worked, or it didn't work, depending on your point of view, and the debate will continue until the end of time.

I've passed Three Mile Island several times over the years.  It was the same reaction every time, a queasy feeling in my stomach, wondering how close we came to the unthinkable.