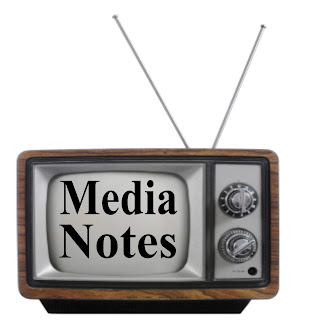 Today's blog entry is actually prompted by a caller to Talkback 16 this week.

A woman is very unhappy "Who Wants to be a Millionaire" at 12:30 pm is replaced by "25 Words or Less."  The caller wants "Millionaire" back.  I hate to disappoint a viewer, but it's never going to happen.  "Millionaire" is out of production.  The syndicator pulled the plug.  There will be no new episodes.

Having said that, it was a fine show.  It's flaw is that so few people walked with the $1 million.  It just wasn't a lot of fun.  I'll give the producers credit for keeping with the original format, and not gimmicking it up to get more winners, like "Deal or No Deal" did.  That show became unwatchable.

As for the replacement, "25 Words or Less," give it a chance.  I watched a couple of episodes.  It's not bad.  Quickly describing the format, teams have to guess words, using the fewest number of word clues.  It's highly derivative.  Watching, you can see pieces of "Password," "Celebrity Name Game," "Pyramid," "Name that Tune" and a few others.  Meredith Vieira does a nice job as host.  She doesn't get in the way of the game.

The only thing that bugs me is the last round is the only one that really counts.  You can score so many points, the first couple of rounds are rendered irrelevant.

As a kid who grew up on 60's and 70's game shows, I'm glad to see the genre is still part of American television, and I'd love to see more.