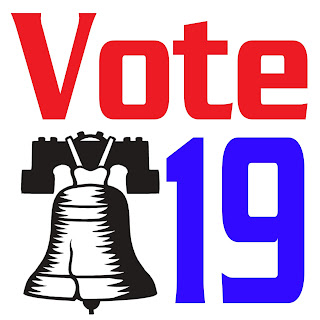 The general election is one week from today.  Turnout for these off year elections is usually low, and that always bothers be.  You're picking mayors, council members, supervisors, school board members, commissioners, etc.  These are the people who really control your life because they call the shots on your taxes, your public safety, and your schools.

There are some wild cards this year.  Will Scranton and Lackawanna County turn out be up because of the hotly contested races for mayor and county commissioner?  Will Wilkes-Barre turnout be down because George Brown won the nominations of both parties in May and is guaranteed to become Wilkes-Barre's next mayor, replacing one-termer Tony George?

You have one week to study the candidates, all races, all places, and make informed choices.  It's not that hard.  It doesn't take much time.  It's worth the effort.

As of this writing, I don't know where I will be election morning, but election night, I'll be watching wall-to-wall coverage on WNEP2 and checking WNEP.com.
AT 12:00 AM