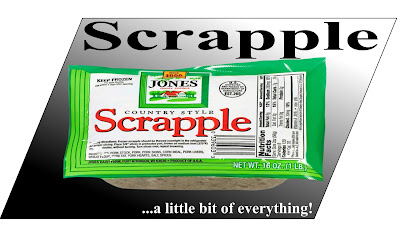 The Washington Nationals reaching the World Series is a great story.

I was never a Pink Floyd guy, but "Comfortably Numb" is a masterpiece, and the volume on my car radio goes up any time it comes on.

NBC News seems to be in the crisis management mode, and it's not working.

The return of jacket weather thrills me.  Now, I have a place to carry my phone.

Recent dilemma-- get a new phone or merely replace the battery.  I went with the second option and it appears to be working well.

I'm really looking forward to next month's election, but I say that before every election.

"Match Game 101" is an entertaining read.  I'll post a review when I finish.

Do you realize the Scranton Santa Parade is only five weeks away?

It's been a long time between photographic expeditions, and I've been itching to get out.  Unfortunately, time is at a premium these days.

My taste in comedy emphasizes the clever over slapstick/silly, even though I love the Three Stooges.  However, I really liked Rip Taylor, who passed recently.

Being a news anchor, reporter and producer requires knowing at least a little bit about many different things.  I do keep an eye on the NFL.  The Rams, Chiefs, Cowboys and Eagles seem average.  Can anyone stop New England?  The Saints are surprisingly decent, even with their star quarterback injured.  The success of the 49ers is one of the league's big stories so far this season.

It appears Sears/KMart chopping its way to profitability isn't working.  Does that surprise anyone?
AT 12:00 AM