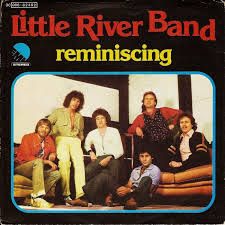 I wish some of the media greats, like Brinkley, Chancellor and Cronkite were still around to observe our current political climate.  They could take apart both parties with surgical elegance-- not the name calling and silliness we're forced to endure today.

I remember something my friend Kenny did in the mayhem of 8th grade math class.  I don't know what the instructor was trying to force upon us, but it wasn't going well.  At one point, at the top of his lungs, Kenny screamed "I DON'T UNDERSTAND IT!"  Media friends, especially with the cable networks and their oodles of time, please simply tell us what's going on.  I don't care what you think.  I can make up my own mind, once you give me the facts.  The problem is, no one is interested in the facts.

I also miss the days when ABC had Monday Night Football.  The network really knew how to put on a show.  There are several old intros on YouTube.  If you weren't interested in the teams, you were after the intro rolled.

I wonder what Howard Cosell would think of the current sports landscape.  Yes, he is best known for MNF and ABC's Wide World of Sports.  We often forget about his daily ABC radio commentaries.  They were always on the money.
AT 12:00 AM