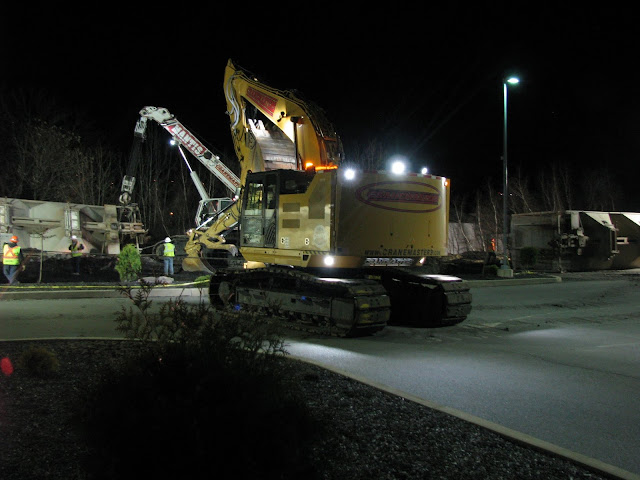 It's odd that I choose a train wreck photo for my birthday.  Maybe it isn't?  Who knows?

A train derailed in Dickson City the afternoon of April 9th.  Four cars jumped the tracks.  They were carrying sand and lumber.  No hazardous materials involved, and no one was hurt.

I stopped by the morning after, about 2:00 AM.  They were still working.  A crane at the left was pulling one of the flipped cars back on to its wheels.  It was a fascinating operation.