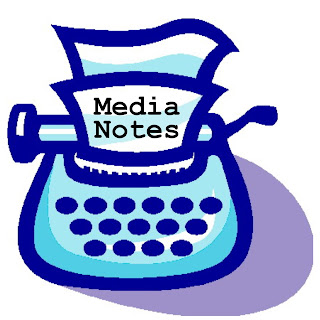 Fred P. Graham died last year.  New York Times.  CBS News.  Court TV founder.  He fought for the First Amendment (intentionally capitalized) rights of journalists and to get cameras in to courtrooms.  He also helped to make Watergate understandable.  Thank you for your contributions.  Fred P. Graham was 88.

Jack Sheldon died just before the start of the new year.  Accomplished jazz musician.  Merv Griffin's sidekick.  His 60's sitcom, "Run, Buddy, Run," lasted only 13 episodes.  It was funnier than that.  Most will remember Sheldon as being the voice of a few episodes of ABC's "Schoolhouse Rock."  The Washington Post referred to Sheldon's voice as a combination of "gravel and whiskey."  Outstanding line!  88 years old.

I went back and watched a couple of "Schoolhouse Rock" episodes after I read about Jack Sheldon't death.  Genius.  I was lucky to have these things growing up, plus those fantastic "In the News" CBS did between cartoons on Saturday mornings.  Christopher Glenn voiced those.  I also remember looking forward to "My Weekly Reader" in the third grade.  I don't watch children's' television, so I don't know what's out there now.  I hope it's something.

Former NBA commissioner David Stern died January 1.  77.  He brought the league in to the television age.

It should be on YouTube somewhere.  Kevin Harlan of CBS did the TV call of the Kansas City/San Diego game Sunday afternoon, while describing the action of the Miami/New England game as he watched the feed on a monitor.  It was a thing of beauty, an amazing feat.  Some people criticize Harlan for screaming, and I get that.  I always loved his voice and delivery, going back to his early days as one of the first of the NFL on FOX announcers.

I would love to know who thought of it-- elongating and emphasizing the N in WNNNNNNNBC.  Marketing genius.  WNBC went off the air in 1988, and you can still hear people say WNNNNNNBC.  Bravo.

I was listening to the Washington all sports stations the morning the Redskins owner fired the team's president.  Outstanding coverage.  There are times when radio really shines, and this was a perfect example.

The Bowl Championship Series is ruining college football and holiday television.  You looked forward to the Fiesta Bowl in the early afternoon, the Rose Bowl in the late afternoon and the Orange Bowl at night.  We had the Rose Bowl Wednesday afternoon.  It meant nothing and no one cared.

Antenna TV seen on WNEP2, ran a "NewsRadio" marathon on New Year's Day.  When that show was hitting on all cylinders, it was quick, clever, smart and very funny.  The pilot was perfection.

I know it's a holiday week, but this week's "The Weekender" was only eight pages, and there didn't appear to be one word of original, local content.  This used to be such a fun read every week.  What happened?
AT 12:00 AM