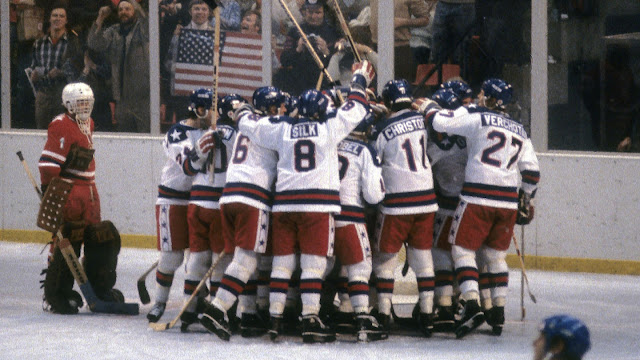 I'm usually very good at documenting those "Where were you when...?" moments, but I'm having a lot of trouble with his one.

February 22nd was the 40th anniversary of the US hockey team capturing the gold medal at the Lake Placid Olympics.

I remember the victory over the USSR,  and then Finland to capture the gold medal, but I don't recall getting caught up in the whole thing.  The Olympics usually bore me, and I'm not much of a hockey fan.

I was early in to the second half of my freshman year at Marywood at the time.  We used to do short newscasts and sportscasts on the college radio station, so I had a pretty good idea of what was going on in the world.

The significance of the event isn't lost on me, and Al Michaels, then of ABC, turned in an outstanding performance.

I'm just saying the whole thing really didn't push my buttons.
AT 12:00 AM