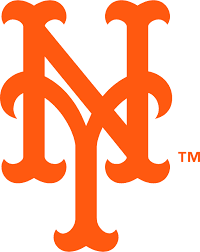 Published reports say former Yankee and admitted cheater Alex Rodriguez and Jennifer Lopez are in the running to buy the New York Mets.

Some New Yorkers and tabloid sports writers are up in arms.  After all, Rodriguez was kicked out of baseball for a year for taking performance enhancing drugs.  He was suspected of doing it, lied about it, was suspended, sued baseball, and eventually came clean.  Rodriguez has been trying to rehabilitate himself for years, entering the mainstream world of broadcasting for FOX and ESPN.

What can you say about J-Lo?  Beautiful woman.  Talented, but she has the reputation for being a selfish diva.

This one barely registers on my "I don't care" meter.  baseball is a mess.  The recent cheating scandal involving the Astros and the Red Sox was poorly handled.  More teams will qualify for the playoffs, cheapening the regular season.  Oakland plays in a dump and the team should have been moved to another city years ago.  Home runs have been flying out of parks the last few years and you're not going to convince me the ball isn't juiced.

Good for Lopez and Rodriguez!  If they come up with the money, let them have the Mets.  They can't do any worse than current management.
AT 12:00 AM