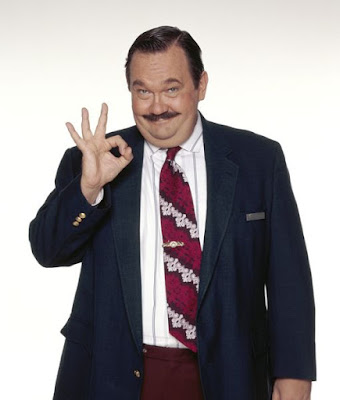 At a time like this, I am reminded of what the great film critics Siskel & Ebert had to say about James Bond, action,  and adventure films.  "If you have a good villain, you have a good movie."

As I have said here before, that also applies to television.

For seven years, David Schramm played Roy Biggins, and was the villain on "Wings."   Roy owned "AeroMass," the rival airline to "Sandpiper Air."  He was crude, and rude and obnoxious, occasionally showing a human side.  Schramm made the most of every line, every scene.  He was a great villain.

He was one of those secondary characters, often overlooked and always under appreciated.

David Schramm died Saturday.  He was 73.

Mr. Schramm, thank you for the laughs.