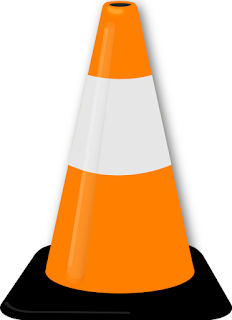 News releases on construction projects generate plenty of email at the office.  Today's topic is a release on a rather large undertaking.

It's the wording that gets to me.  It talks about "pavement failure."

There are times when the contractor picks up the tab for the repairs, and I don't know if that's the case here.  Regardless, we're still paying in the form of wasted gas and wasted time stuck in traffic.