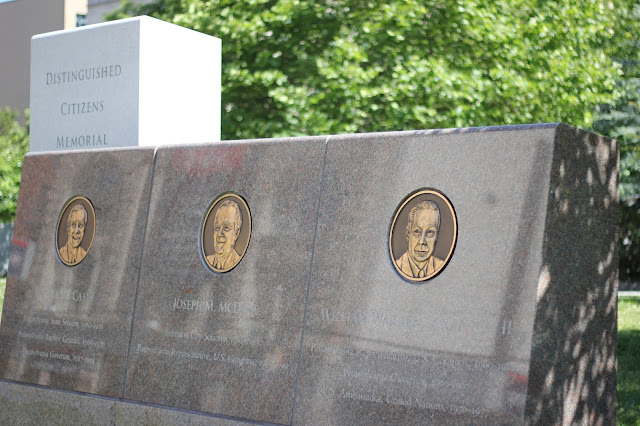 I met all three.

This is the Distinguished Citizens Memorial on Courthouse Square in downtown Scranton.

Bob Casey is at the left.  Whether or not you agreed with his politics, he was always true to his convictions and you have to admire that.

Joe McDade is at the center.  We started off on a bad foot when I pestered him with porkbarrel questions at a tank plant in Lackawanna County.  Joe thought it was okay to saddle future generations with debt as long as people were working.  You can debate that one until the cows come home.  He did get the federal government to take over that rusting pile of junk known as Steamtown USA, and now it's a national park that instills some pride.

Bill Scranton had his heyday before I came on the scene, but I did meet him a few times in his later years.  He was a local broadcasting pioneer, and he always had a fondness for WNEP.
AT 12:00 AM