This is the Lackawanna River at South Laurel Street in Jermyn. 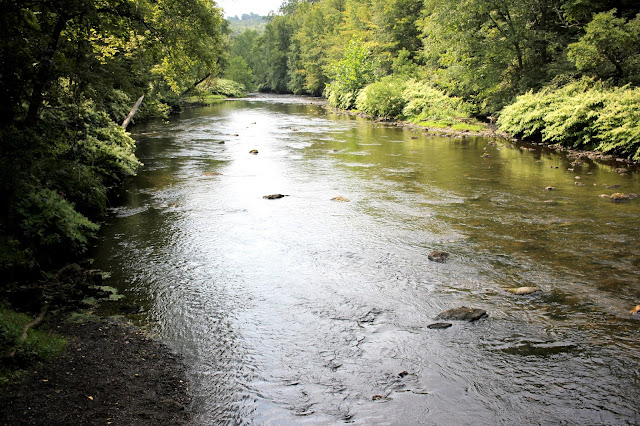 I didn't have a lot of time to take some shots, but I really felt the itch to get out.

My objective was another of those fast shutter speed versus slow shutter speed comparisons.  Two things didn't go my way.  It's been dry.  The river was running low and slow.  There wasn't any motion of the water to capture quickly, or slow down.  Second, it was a bright and sunny day.  When I slowed down the shutter speed, the photo became over exposed.  I tried to knock it down.  Nothing worked.  I tried different lenses, choking down the aperture as far as it would go.  The photos were still too bright.

As I see it, there are two avenues.  I can invest in some filters.  More likely, I can work on my metering skills to get a better handle on underexposure.

Regardless, it was a beautiful day along the river and it was nice to see so many people using the Heritage Trail-- biking, jogging, walking, and exercising their dogs.  That trail is a great asset and I look forward to when the gaps will be filled in.
AT 12:00 AM