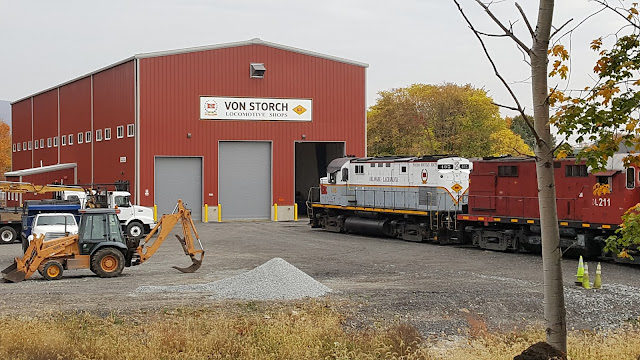 This is a zoomed in camera phone shot of the new Von Storch shop in the Green Ridge section of Scranton.  It was tough to get a good angle on the considerable activity there.

I'll probably try it again soon with my good camera and lenses.  Maybe I'll ask to get a little closer.

As I said yesterday, I'm thrilled that our area still has a connection to its strong railroading past.

By the way, I've been going over some unpublished photos, and I have enough to last until the yearly "Top 10" countdown in December.  It's likely I'll sneak some in on weekdays so I can achieve a fresh start in the new year.