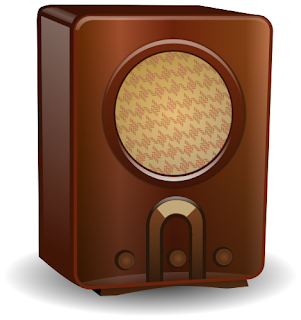 The book I just read on NBC's "Monitor" started me thinking.  The book referred to "Monitor" as "network radio's greatest program."

Quite possibly.  It lasted for nearly twenty years.

"Monitor" started as 40 straight weekend hours.  It spawned a weeknight version, and it was 16 weekend hours for most of its life.

Other contenders?  At least during my lifetime?

Casey Kasem's "American Top 40" is on the list, but that was only once a week.  It started as a three hour broadcast and eventually expanded to four.  AT40 was the gold standard for countdown shows, but it was mostly music.

Rush Limbaugh has to be on the list.  He proved syndicated radio can work in middays.  Whether or not you agree with Rush, he draws a huge audience on 600 stations and you can't ignore that.

You can't forget about the "CBS World News Roundup" in the morning and the evening, but the broadcast was shortened to ten minutes and very few affiliates carry all ten.

Paul Harvey produced 15 minutes of compelling radio for fifty years.  I was a huge fan.

Imus?  A few big affiliates and tons of small ones.  I was always fond of saying that you could spot a failing station if it had "Imus in the Morning."

The overnight UFO guys are on hundreds of stations and it is far from what I would consider great radio.

Sally Jesse Raphael was hot for a while.

Stations were crawling over each other to get Dr. Laura.

Larry King produced fun and interesting radio in his early Mutual days, when the show was on midnight to 5:30 am.  Then, never one to break a sweat, King started mailing it in.

Has anyone been written about, and talked about, more than Howard Stern?

There have been many really good shows, albeit short lived.  Tom Snyder's ABC Radio show quickly comes to mind.

I'm sure there are others I'm forgetting, but it appears author Dennis Hart's assertion is correct.  "Monitor" was "network radio's greatest program."