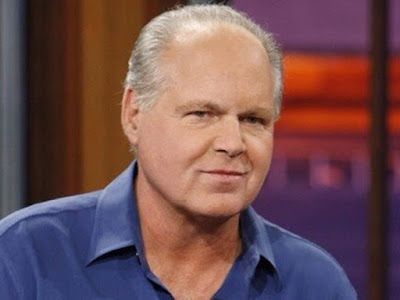 The words I hated to hear over the years: "Substituting for Rush Limbaugh today..."

Limbaugh said a lot of mean and hurtful things over the years.  In a "60 Minutes" interview many years ago, he explained it away by saying he was ridiculing "movements," and not people.  I'm not sure about that.  I always had the feeling that if Limbaugh could have made more money as a liberal, he'd flip in a second.  Regardless of ideology, he did put on an entertaining show and he took talk radio to the next level.

You do have to give the man his due.  He built an empire.  The show was on 600+ stations.  Big ratings.  If you were/are a talk station, you had to have Rush.  Everything else was leftovers.  Second rate.

Limbaugh proved syndication can work in mid day, and conservative talk radio can draw a crowd.  He kept a lot of struggling AM stations on the air, and that meant jobs.

There is no heir apparent.  No one who has filled in over the 30 year history has come close to achieving Rush's entertainment value.  It reminds me of when Paul Harvey passed in 2009.  There is only one, and there are hundreds of worried station owners and program directors today.

One of my favorite phrases involves cemeteries being full of people who thought they were irreplaceable.  Rush Limbaugh is irreplaceable.