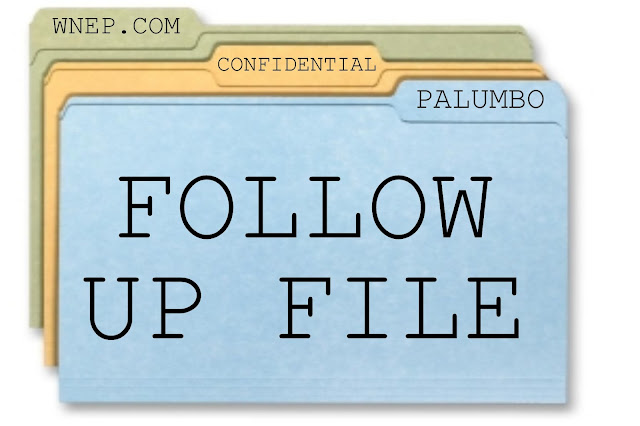 I used this space in the past to explain why I am no longer a Pittsburgh Steeler fan, and it all revolved some horrible personnel decisions.  Last week, the team rewarded head coach Mike Tomlin with a three year contract extension.  Yes, he has a fantastic won-loss record, but Tomlin manages to lose control of his team at least once a year.  Last season's end of year collapse was a total embarrassment.  On top of that, the Steelers have an old and injury prone quarterback.  The team has no plans for the future.  Friends, Mason Rudolph is not the answer.   Needless to say at this point, but I would have made a different decision on that contract.

A radio and podcasting company recently changed its name to Audacy, and I mentioned that here a couple of weeks ago  The goal, from what I gather, is to make people aware that the company is no longer "just radio."  That's all well and good.  The promotional announcements always include instructions on how to spell "Audacy."  If you have to constantly school people on how to spell the name of the app, there is bound to be trouble ahead.  The bottom line:  if the content is good, people will find it.

It's also been noted in this space that I am a huge Pyramid fan, especially the shows from the early 70's.  You can find several of those early shows on You Tube.  What a game changer it was-- a huge money prize for daytime, the music, the lights on the giant pyramid, and the way the trilons on the big pyramid board would snap in to place.  It all worked so well.  Plus, Dick Clark made hosting look so easy and he didn't get in the way of the game.  Genius on every level.

You had to remember the CBS schedule at the time Pyramid premiered in 1973.  "The Price is Right" was slick, and fun with great production values.  "Gambit" and "Joker's Wild" were middle of the pack.  Pyramid left them in the dust with its music and size and light bulbs, and the way those categories on the big board clicked in to place.  A 12 year old me was mesmerized by that and I never forgot it.  It took daytime games to the next level, and the game was blessedly simple.

And a follow up to March's 40th anniversary of the Reagan shooting...  I was glued to ABC that afternoon and evening, but I recently watched the NBC coverage on You Tube.  Edwin Newman, John Palmer, John Chancellor, and Roger Mudd were amazingly calm amidst the chaos.  Four men who never received their due.

By the way, Tom Bergeron, who did a "Squares" revival, hinted on social media that he has a new job.  Bergeron added that it's similar to an old job, but it is not a return to "Dancing with the Stars."  That leaves two options-- talk show or game show.  Tom Bergeron is a pro and he'd be fine at either.