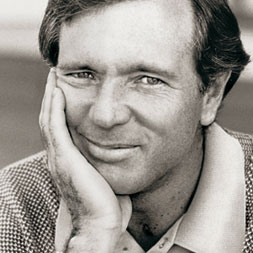 For the second time in two weeks, an anniversary has gotten away from me, and I apologize.

Sunday was the 30th anniversary of the plane crash that killed Sen. John Heinz.

I always thought Heinz, a moderate Republican, was presidential material.  He was smart, good looking, rich, and his name was in every refrigerator in America.  He was articulate and great on television.

I will never forget the day Heinz paid a visit to our area to look at a toxic waste site.  I was working at WARM at the time.  One of the locals started yammering on about how the state screwed things up.  Heinz quickly and politely shut the local guy down, saying he was federal, not state.  It was not time to blame mistakes of the past.  It was time to look forward and find ways to get the site cleaned up.  Boom!  Heinz shut the guy down quick, fast, and in a hurry, and he did it in a way that didn't offend.  That, dear readers, is a skilled politician.  As a broadcaster, I was grateful Sen. Heinz got to the point and didn't waste our time.

A former Heinz staffer told the Pittsburgh Tribune Review on Sunday that Heinz was always able to "overcome any perception that he bought his way in to the world."

Regardless of political affiliation or point of view, you couldn't help but like the guy.