Honesty Is Such a Lonely Word 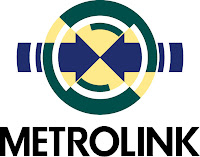 We were all shocked when she said it.

Let me back up a moment. A Metrolink commuter train and a freight train collided, head on, Friday afternoon near Los Angeles. 25 people died.

The next day, Metrolink spokesperson Denise Tyrrell released a statement to the media, saying a Metrolink engineer was responsible for the crash. A "sound bite" from Tyrrell was included in an ABC News report that was part of Newswatch 16 Sunday Morning.

Those of us in the newsroom here at WNEP were surprised that Metrolink accepted responsibility so quickly. There's nothing wrong with that, but it's just so rare in this "cover your backside" world in which we live. We in the media usually get the "it's still under investigation" line. Translated, it means "we're desperately looking for the way to put the best face on this to avoid getting sued."

Well, maybe Tyrrell was a bit too honest, too quickly. She resigned Monday, after being criticized by her supervisors. They thought she said too much, too fast.

Tyrrell should be applauded for being a straight shooter. If you had to deal with "spokespersons" on a regular basis, you'd know what I'm talking about.

I don't think the story will end well for Ms. Tyrrell. She might have a tough time finding a new job in public relations because a big section of the business no longer values honesty.
AT 12:01 AM