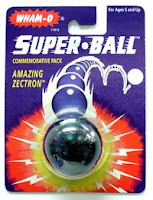 Many published reports say NBC has decided on David Gregory as the new moderator of "Meet the Press." As Bart Simpson would say, "meh." I don't think it's a great choice. I don't think it's an awful one, either. Gregory seems to be one of those "Hey, look at me!" media types that are all over the place these days. Maybe he'll tone down his approach on Sunday mornings.

Sears/K Mart lost $146 million dollars in the third quarter of the year. The company says it'll likely close some stores next year. It's too early to say when and where. The Chicago Tribune says the company is on thin ice. That's frightening. K Mart would do better if it actually had employees behind all those cash registers.

One of the local newspapers, Monday through Saturday, costs 60 cents at the newsstand. Thanksgiving day, the price shot up to $1.50 for four pages of news and about one thousand pages of ads. Less news, more paid ad space, at nearly triple the price. And people wonder why newspaper circulation is dropping.

I can't wait for Christmas to get here. The biggest reason-- I want all those catalogs out of my mail box.

Gasoline has dipped below the $2 a gallon mark. I can honestly say I never thought I'd see gasoline that low again in my lifetime.

Bill Drake died the other day. Lung cancer. 71. Drake was a radio programmer who formatted radio stations to make sure the personalities didn't overwhelm the music. The man had a huge influence on the business. He was part of a company called "Drake Chenault" that supplied pre recorded music formats to radio stations across the country. For a long time, the old WGBI Stereo 101 was one of the clients. The WGBI execution was awful, but the music was great.

I don't know how I shopped before the internet.

The Lehigh Valley Iron Pigs web site produced a chuckle. A banner proclaims "triple A affiliate of the world champion Philadelphia Phillies." While true, the Pigs really had nothing to do with the Phillies' success this year. Lehigh Valley finished the season with a 55 and 89 record, 33 games out of first place.
AT 12:01 AM