On this last day of the year, a look back at my favorite photo of 2009. 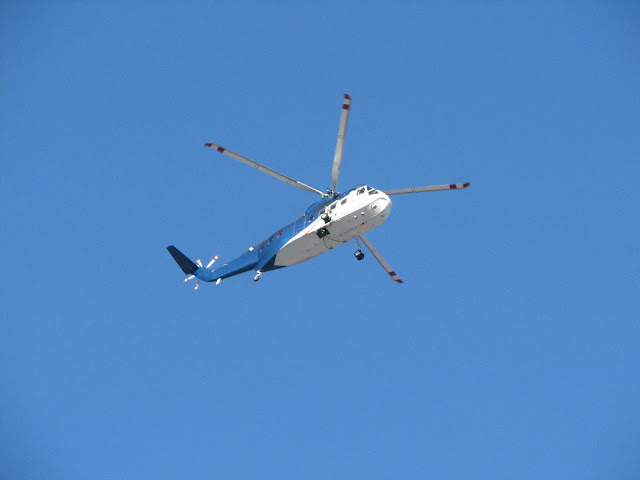 A huge helicopter was flying over Bald Mountain, west of Scranton, as part of an antenna replacement project on one of the television towers.  This photo was taken in mid flight, on February 25.

Below is the same helicopter on the ground. 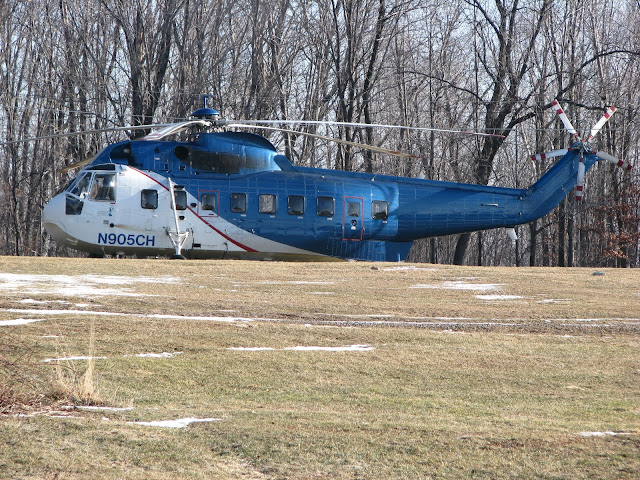 I hope the arrival of 2010 finds you and your family happy and in good health.  With any luck, we'll all be here to share more bad photographs the rest of the year.

Personally, this is a year I'd like to forget.  We'll leave it there.

Professionally, I will always remember the January morning when Luzerne County Judge Chester Muroski held a news conference, just before the charges against Michael Conahan and Mark Ciavarella were announced.

Jon Meyer had the hard part.  He was live at the Scranton federal building for our noon broadcast.  The judges had yet to be charged for their alleged and astoundingly scummy behavior.  Jon had to set the scene.

I was up next, live, in that same broadcast.  It is often said that news is history caught on the fly.  I had to sum up Muroski's anger, disappointment, and embarrassment-- and the mood of the courthouse-- and there was very little time to prepare.  So much was happening so fast.  I'm rarely satisfied with my efforts, but I think the broadcast went well.  There was a lot of help.  "Team effort" is a broadcasting cliche, but it really was appropriate here.

The enormity of the story, judges charged with crimes, was setting in.

I envy those who can see great optimism with a turn of a calendar page.  I've never been that way, and I will wake up tomorrow feeling pretty much the same way as I feel today.

There is one thing about this time of year that I really do enjoy, and it's hearing Dan Fogelberg's "Same Old Lang Syne" on the radio.   I love that song.

As we close out 2009, a message of holiday cheer, and peace from Nay Aug Park and Community Medical Center in Scranton. 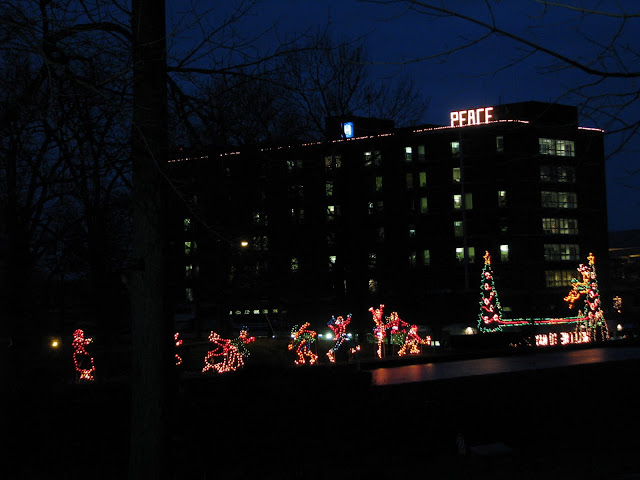