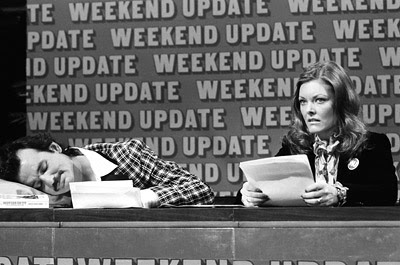 I've been caught up in a lot of pictures, bumper stickers, and several other silly pursuits lately...  This morning, a little news analysis...

Tiger Woods:  The affairs are between Tiger, his wife, and his maker.  Having said that, Jeez O' Pete, what a mess!  This was poorly handled by Tiger and the police.  Tiger didn't get out in front of this.  The police looked inept.  Tiger had the misfortune of having this happen during a slow holiday weekend.  The media jumped all over it, and once that snowball starts rolling down hill, it's impossible to stop.  Part of the reason for the feeding frenzy is the media's desire to take down someone who wants to come across as squeaky clean.  Hey Oprah, it's Tiger Woods on line 1!  Full disclosure:  I'm an individual with flaws.

Judge Michael Toole:  Another thief at the Luzerne County Courthouse.  He won the election on his name, not his qualifications and character, and this is what you get.  We have to make better choices at the polls.  There are those who say there should be a merit selection system for judges.  It's beginning to make some sense, but I do like the accountability that comes with going before the voters.  We've seen how well the system of "lawyers and judges policing lawyers and judges works."  It didn't.  The FBI had to tell the district attorney's office what was happening.

Judge-Designate Joseph Cosgrove:   A wise and solid choice.  He cares.  I know many who disagree with Joe Cosgrove.  I don't know anyone who doesn't respect him.


Afghanistan:  The USA cannot be successful without cooperation from the Afghan and Pakistani governments and citizens.  Does anyone think that's going to happen?

White House Gate Crashers:  People in security should be fired over this one, and the trespassers should be arrested.  Yes, they went through a metal detector, but what was to stop them from grabbing a steak knife during dinner?

Comcast/NBC:  The broadcasting and entertainment industries have been going through some dramatic changes.  This deal will prompt even more.  There are times I don't recognize the business I entered in 1981.  It will take several months for the NBC sale to close.  After that, look out!


Scrubs 2.0:  The sitcom is now set in a medical school.  The first two episodes weren't bad.  I remember liking Scrubs from the night the pilot first aired in 2001.  There was no instant love with the revamped show.

My Steelers: A disappointing season...  It's a different team without Troy Polamalu.  They gave up a lot of points via kickoff, punt and interception run backs.  You just can't win when that happens.  Having said that, I'm really enjoying the success of the New Orleans Saints.  It's about time.

Charlie Weis:  I'm not a Notre Dame fan.  There's an arrogance and sense of entitlement associated with the university and its fans that's always rubbed me the wrong way.  However, I actually started to feel sorry for head coach Charlie Weis toward the end.  Yes, he was part of that cheating New England Patriots regime.  But, it was uncomfortable to watch Weis twist in the wind for weeks and have ND practically advertise his job while was still there.  Weis walks out of there with a fat check and plenty of job offers.  I hope he also walked out of South Bend with his dignity.

The Economy:  I walked through one of the malls Thursday afternoon, and it seemed very busy.  Sometimes, I wonder about those economic forecasts.   Unemployment is way up, and I fear it will get worse before it gets better.  Where are people getting the money?

WYLN TV:  The Hazleton station is ending its news broadcasts at the close of 2009, and that's unfortunate.  I know some of their people.  Competent.  Hard workers.  The station provided the hyper local coverage that Hazleton needed.  Competition makes everyone stronger, and I'm sorry to see "35 News" disappear.

Stephanopolous on GMA:  ABC has apparently decided that George Stephanopolous will be the next Good Morning America co-anchor.  It doesn't seem to be a good fit for me, but I've read that ABC will re-format GMA to give it more of an edge.  It will be nice to have a little news in the morning.