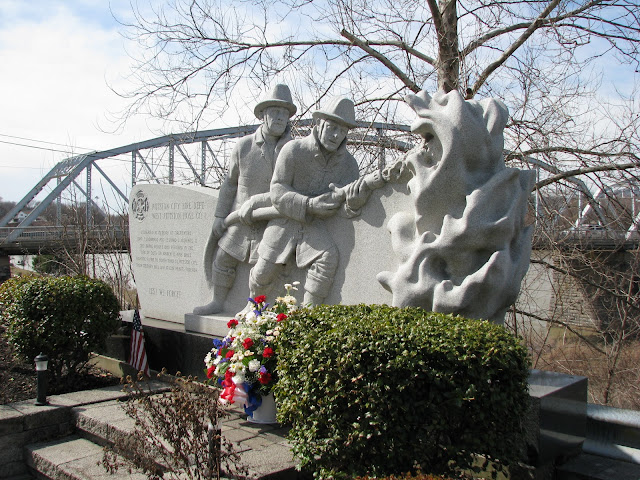 It was something that bothered me all weekend.  There are times when you have to be wrong to be right.

Case in point, the metal bridge that connects Pittston and West Pittston.  Name:  The Firefighters Memorial Bridge.  It used to be the Water Street Bridge.

There is evidence to indicate a woman met an untimely and horrible end beneath this span.  In news stories over the weekend, we called it the Water Street Bridge.  Here's why.  Go to Public Square, and ask 100 people if they know the location of the Firefighters Memorial Bridge.  I suspect very few would be able to give you the correct answer.  Ask those same people about the location of the Water Street Bridge.  I bet you'd get a good number of people who would say "Pittston."  There's no disrepect to firefighters intended. 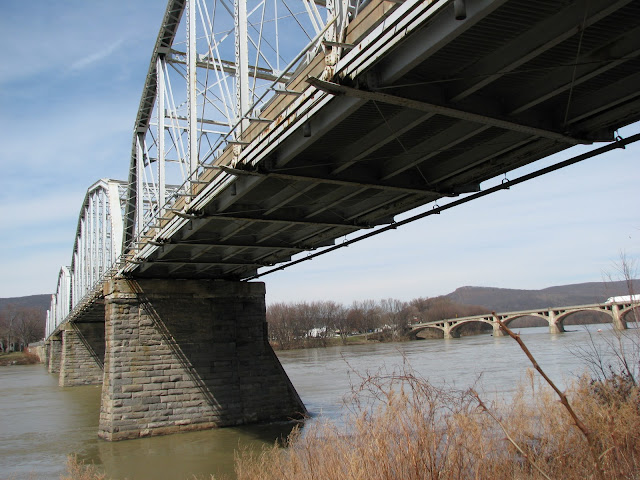 It's the same thing downstream.  What's the name of the bridge that spans the Susquehanna River near the Luzerne County Courthouse?  It's the Veterans Memorial Bridge.  That's the name the new one was given after the old one wound up in the river during the 1972 Tropical Storm Agnes flood.  People still call it the Pierce Street Bridge or the North Street Bridge, and the flood was nearly 40 years ago.

Over the weekend, correct took a back seat to clarity.
AT 12:00 AM