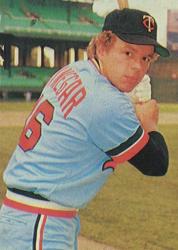 I frequently use this space to point out what's going wrong.  Today, it's the opposite.

Monday, I was assigned to the "last Scranton/Wilkes-Barre Yankees game at the stadium" story.  It was time for a fresh angle, and I gazed around the rain soaked stadium for an idea.

There was a coach talking to a couple of fans.  I said to the photographer, "That looks like Butch Wynegar."  A fan confirmed it for me.

Wynegar is the Yankees' hitting coach.  He played for the Minnesota Twins, the New York Yankees, and the California Angels.  I approached for an interview, to ask what it will be like for the team to play the entire 2012 season on the road.  He said yes, but only after he finished with the fans, which I thought was a nice touch.

One of the fans told me that Wynegar is a Pennsylvania boy.  He grew up in York.  I told Wynegar that I once freelanced for channel 43, on South Queen St., right next to the bowling alley.  He knew exactly what I was talking about, and he added that he spent a lot of time at those lanes.

We did the interview.  He gave me exactly what I was looking for, in terms baseball fans and non fans would understand.  Wynegar put a good face on the organization, and he also pointed out the difficulty of playing in an empty ballpark where the hum of the lights is louder than the noise of the crowd.

I don't get starstruck, but it was a kick meeting him.

A fan took a picture of the interview, and I'm still waiting for it to arrive in my e-mail, unless I already accidentally blew it away.  It's something I'd like to keep.
AT 12:00 AM