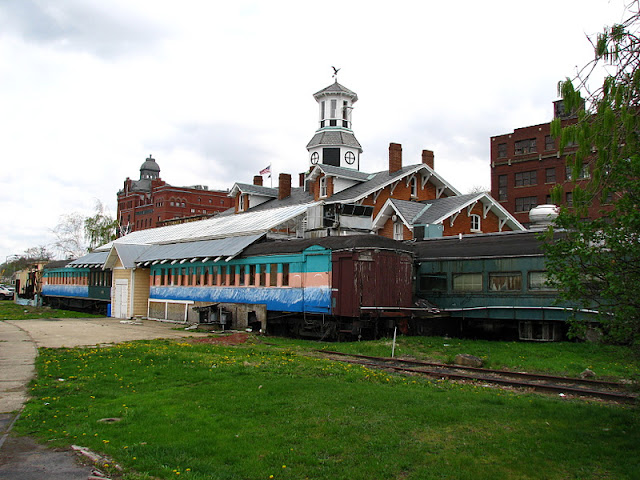 Luzerne County spent millions to acquire it, and now it will spend millions more to renovate the old train station at Wilkes-Barre Boulevard and East Market Street.  The news was announced Monday.

It's a shame that it's come to this.  The previous owner occupied the building with one bad idea after another.  There was one thing in common.  They all failed.  Now, it's taxpayers to the rescue.

I'm glad this is not the county version of the city debacle known as the Hotel Sterling. Millions spent, with demolition as the building's ultimate fate.

And, that brings us to the Huber Breaker in Ashley.  Below is a photograph I took in December of 2006.  It looks the same today. 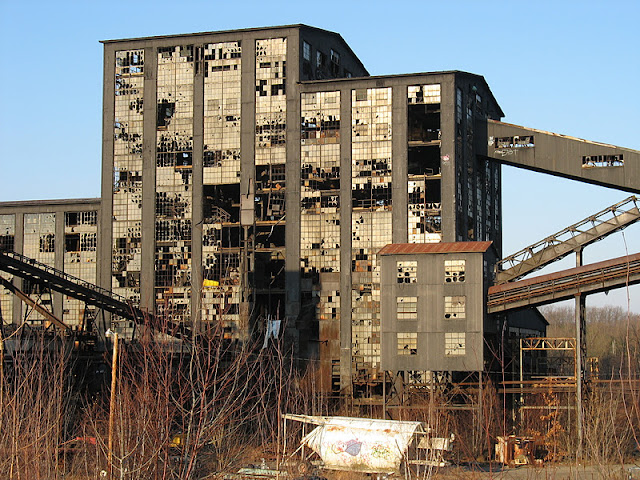 I often wonder what visitors driving north on Interstate 81 think when they see it. "Welcome to a shabby, old coal town in the rust belt.  It might be time to face reality and tear it down.