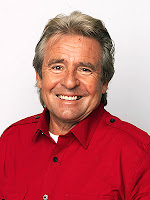 I was trying to think of an adjective to describe The Monkees music.

Of course, all of this was prompted by Wednesday's death of Davy Jones.  He suffered a heart attack in Florida.  Jones was 66, and spent part of his time at his horse farm in Snyder County.

After listening to a lot of Monkees music, and doing some thinking, the adjective I setled on was "pleasant."  Most Monkees songs gave you a good feeling.  It was the mid-late 60's, before music took an angry turn.  The music was light and airy, and much of it stuck in your head long after the song ended.

Listening to Monkees music now takes you back to a more "pleasant" time-- being a kid, Sunday afternoon rides with the family, not having a worry in the world...

As I Tweeted Wednesday afternoon, Noreen Clark often has the radio on while she's preparing the weekend morning forecasts.  "Daydream Believer" played early Sunday morning, and I was singing it all week.  It's my favorite Monkees song.

I have to say I liked the music better than the TV show.  It was way out there and I was perhaps too young to appreciate much of the humor.

The Monkees will never be known as great musicians.  People in the studio did much of the "heavy lifting" as they say.  Still, The Monkees were pretty darn entertaining, and their music stands the test of time.
AT 12:00 AM